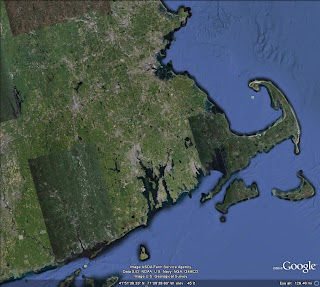 
When The Atlas of Breeding Birds of Connecticut was published in 1994, the notion of conducting a fully quantitative survey of Connecticut’s birds was dismissed as a practical impossibility. Indeed, conducting sophisticated scientific research is difficult even in the laboratory. When field work is involved, it can become truly daunting.

Despite the inherent difficulties, The Forest Bird Survey of Southern New England carried out a quantitative survey of both Connecticut and Rhode Island. In addition to the drudgery of compiling and proofreading titanic stacks of data, there were new branches of mathematics to learn and new statistical techniques to master.  Gathering field data was the most difficult task, however. It was quite something other than simply taking a walk in the woods. It instead involved walking a thousand miles and repeating the same sampling protocol 8880 times over eight years, winter and summer.

Winter proved to be the most challenging season for collecting data. Conditions could become dangerous, such as when temperatures dropped well below zero, when icy rivers needed to be forded, and when walking across thin ice on beaver ponds ended in breakthroughs. Situations such as these led to hypothermia and frostbite. There were as well times when sampling schedules precluded taking time off to heal from injuries or to recuperate from illnesses.

When analyses are complete, the survey will provide the first ever systematic, fully quantitative and statistically defensible view of the distribution, populations and habitat use of the forest birds in Connecticut and Rhode Island. However, the scale of the investigation is so massive that even after two full years of data analysis, most data are yet to be examined thoroughly.
Posted by Bird Conservation Research, Inc. at 9:45 AM